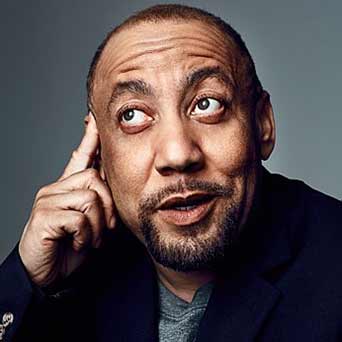 Kylar W. Broadus serves as the Operations Officer of the Transgender Legal Defense & Education Fund since January of 2017. Broadus was formerly a tenured Professor of Business Law at Lincoln University in Missouri with over 20 years’ experience, and ran his own law practice in Columbia Missouri since 1997, serving all kinds of clients, including transgender, lesbian, gay and bisexual clients.He served as senior policy counsel at the National LGBTQ Task Force and director of the Transgender Civil Rights Project from 2013 to 2015. In 2012, Broadus made history as the first openly transgender person to testify before the U.S. Senate, speaking in support of the Employment Non-Discrimination Act (ENDA).

He currently serves on the board of Freedom for All Americans, an appointment he has held since 2016. He previously served on the National Black Justice Coalition Board, and served as board chair from 2007 to 2010. He founded the Trans People of Color Coalition in 2010, a national organization dedicated to the needs of trans people of color. In 2013 he was featured in OUT Magazine and was recently featured in the documentary “The Trans List” appearing on HBO. Broadus has worked for decades on behalf of people of color and LGBT people for justice and fairness. His goal and mission is that all people be treated fairly and equally.

Broadus is a graduate of Central Methodist University where he obtained a B.S. in Business Administration. He then obtained his law degree from the University of Missouri Columbia School of Law. He wrote the first of its kind article on employment discrimination in 2006, “The Evolution of Employment Discrimination Protections for Transgender People,” which is used in gender and women’s studies classes throughout the country. He currently serves on the William’s Institute Faculty Advisory Counsel. He is well quoted in the media on issues involving transgender rights and speaks regularly on these issues across the country.