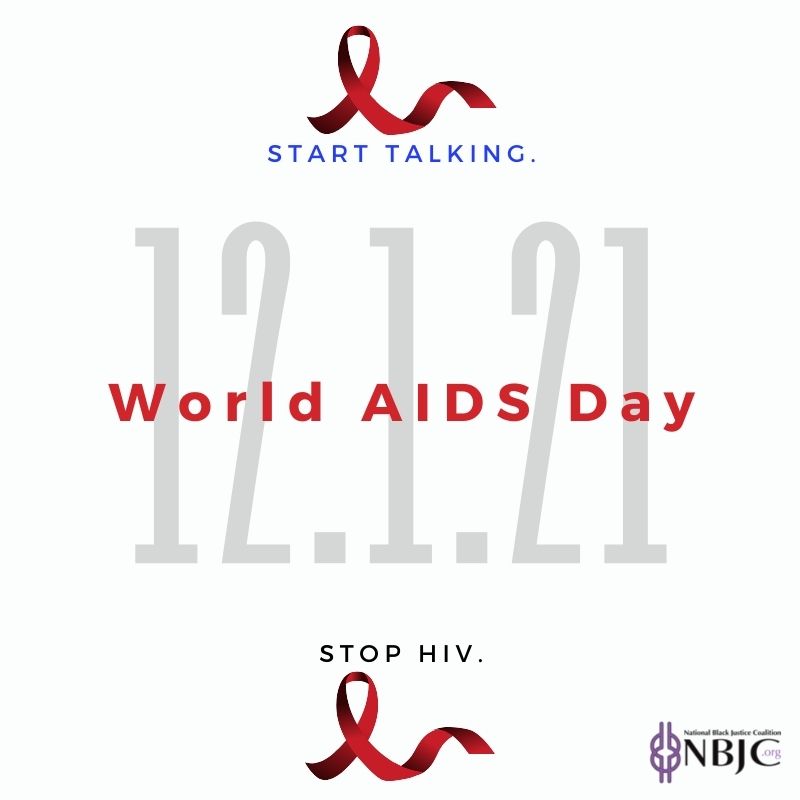 World AIDS Day (WAD), December 1, 2021, is an opportunity to remember those who have passed due to an AIDS-related illness, support those currently living with HIV, and unite in the fight to end HIV/AIDS worldwide.

An estimated 37.7 million people globally were living with HIV at the end of 2020, and since the epidemic began in the 1980s, 36.3 million people have died from an AIDS-related illness.

In the U.S., the Black community is disproportionately impacted by the HIV epidemic, with gay, bisexual, and same-gender loving men and Black women being the most affected. In 2018, Black people comprised 42% (16,002) of the 37,968 new HIV diagnoses, and Black  same-gender loving, gay, and bisexual men made up 26% (9,712) of the new diagnoses. In 2016, Black women accounted for 6 in 10 new HIV diagnoses among women.

There are many people who are engaged in activism around the LGBTQ+ community and racial issues but are notably absent from the conversation around HIV. This is because the epidemic is not visible for them and because they lack accurate information on HIV. On World AIDS Day, NBJC will host a Twitter campaign focused on educating those people about HIV and the importance of their involvement in the fight to end it. Join us by sending a #MyFirstHIVTweet to get involved in the conversation!

For more information on how HIV/AIDS impacts the Black community and how to engage during World AIDS Day and beyond, view NBJC’s World AIDS Day Toolkit.

Get tested and know your status. Doctors recommend testing every three to six months.

You can find a testing site near you at https://gettested.cdc.gov/ or if you are 17 years or older and live in the U.S., get a free at-home HIV test kit with Have Good Sex.

If you are 17 years or older and living in the U.S., order a FREE at-home HIV test kit via the Have Good Sex program.

Get tested and know your HIV status. Find a testing site near you HERE or get a free at-home HIV test kit HERE.

You can engage in World AIDS Day and help spread important information about HIV by using digital assets provided by NBJC. Share the assets across social media platforms to start a conversation with those who follow you and use the hashtags: #WordsMatterHIV, #WAD2021, #EndHIVStigma, #RockTheRibbon, #PACT4HIV, #WorldAIDSDay, and #MyFirstHIVTweet. 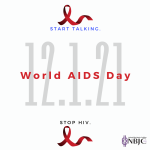 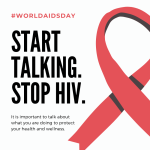 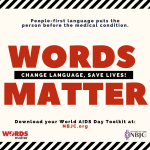 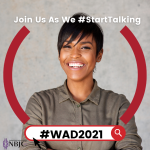 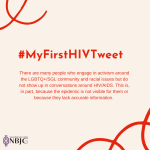 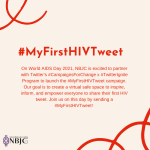 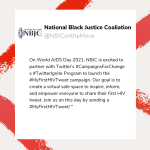