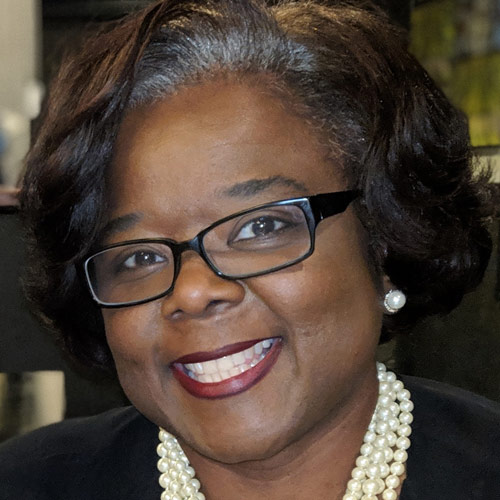 Throughout her career, Sharon J. Lettman-Hicks has brought vision, innovation, entrepreneurial spirit, political savvy, and strategic thinking to every endeavor she has attempted. She has the ability to bring talented people together to form cohesive leadership teams within organizations and build collaborative advocacy coalitions among very diverse stakeholders. A nationally-recognized leader, Sharon thrives on challenges and seeks to develop and promote leadership in others. In January 2014, then President Barack Obama named her to the President’s Advisory Commission on Educational Excellence for African Americans. In February 2022, she was appointed to the LGBTQ+ Advisory Committee for Leon County Schools in Tallahassee, Florida

Mrs. Lettman-Hicks served as the Executive Director and Chief Executive Officer (CEO) of the National Black Justice Coalition (NBJC) from October 2009 to August 2017. She maintained her role as the CEO of the organization with a focus on board development, infrastructure and long-term sustainability, and currently serves as the Board Chair.

NBJC is a national civil rights organization dedicated to the empowerment of Black lesbian, gay, bisexual, transgender and queer (LGBTQ) people, including people living with HIV/AIDS. NBJC’s mission is to end racism, homophobia, and LGBTQ bias and stigma. Founded in 2003, NBJC has provided leadership at the intersection of national civil rights groups and LGBTQ organizations, advocating for the unique challenges and needs of the African-American LGBTQ community that are often relegated to the sidelines. NBJC envisions a world where all people are fully-empowered to participate safely, openly and honestly in family, faith and community, regardless of race, class, religion, gender identity or sexual orientation.

In concert with NBJC’s mission to eradicate racism and homophobia, her personal goals are to make the Black family the focal point of NBJC; to tell compelling stories about the Black LGBTQ and same-gender loving (SGL) community; and to see Black LGBTQ/SGL people understood, embraced and respected for their valuable contributions to society. With this said, she is dedicated to building LGBTQ cultural competency within Black traditional institutions like Historically Black Colleges and Universities (HBCUs) and will continue this work as the master trainer for NBJC’s HBCU LGBTQ-Equality Initiative.

Sharon came to NBJC after eight years at the People For the American Way (PFAW) Foundation, where her responsibilities included leading the “Homophobia in the Black Church” program through their African American Religious Affairs division. As an Executive Vice President at the PFAW Foundation, Sharon’s responsibilities included overseeing the institution’s dynamic leadership programs and the organization’s engagement with supporters and investors, key constituency groups, and coalition allies. She was one of the chief architects of the leadership programs, and provided invaluable vision and innovative implementation models that led to the programs’ tremendous growth, including the Young Elected Officials Network. Sharon has been successful in orchestrating strategic partnerships—ranging from building grassroots activism to catalyzing the engagement and investment of key influencers and funders.

Sharon is renowned for her political acumen and an ability to bring together unlikely allies as stakeholders in joint collaborations that strengthen the progressive movement and give power to new ideas and policies. Sharon has been a powerful spokesperson for religious liberty, and the separation of church and state; her leadership in this arena has gained the confidence of individual and foundation investors. The Rockwood Leadership Institute selected Sharon as one of 24 progressive executive management leaders for the 2008-09 Leading from the Inside Out Fellowship Program, designed to strengthen senior leadership in the non-profit sector.

She has appeared on broadcast and in print media nationally, including Comcast Newsmakers, CNN, MSNBC, The Washington Post, Black Enterprise magazine and Diverse Issues in Higher Education magazine. She served on the board of directors for the Schott Foundation for Public Education in Cambridge, Massachusetts. Sharon believes activism includes the need to financially support your interests—she is a fully-paid life member of Delta Sigma Theta Sorority, Inc., Florida A&M University (FAMU) National Alumni Association, and the NAACP. Her personal motto is “Own Your Power,” which has been adopted as an empowerment slogan for NBJC. Mrs. Lettman-Hicks is the proud wife of a retired Iraqi War veteran who served in the United States Air Force for more than 25 years, has two children, and resides in Tallahassee, Florida.