Starting September 16th, we commemorate Bisexuality Awareness Week, culminating in Bisexuality Awareness Day on September 23rd. These are opportunities to bring visibility to bisexual people and the unique contributions they make to the world as well as the unique issues, discrimination, and erasure they face. Bisexual people make up the largest segment of the LGBTQ+/Same Gender Loving (LGBTQ+/SGL) community, with more than 40% of LGBTQ+ people of color identifying as bisexual. Furthermore, 23% of Black women aged 18-34 identify as bisexual and The Trevor Project found 35% of Black LGBTQ+ youth identify as bisexual.

Black bisexual people face intersecting stigmas as they deal with internal and external homophobia, biophobia, transphobia, and racism. Black Futures Lab found that 27% of Black bisexual people reported feeling threatened or harassed once or more a week. Black same gender loving, gay, and bisexual men are more affected by HIV than any other group in the U.S., making up 26% (9,712) of the 37,968 new HIV diagnoses in 2018. To learn more about HIV in the Black community and how we can reduce stigma by having difficult, but essential, conversations, view NBJC’s Words Matter HIV Toolkit.

In honor of Bisexuality Awareness Day, and with the goal of increasing awareness and reducing stigma around Black bisexual members of our community, NBJC is proud to present a Bi+ Awareness roundtable discussion, the “Lavender Table Talk.” Facilitated by Executive Director David J. Johns, the conversation features the following brilliant, Black bisexual leaders who have worked to bring visibility to the diversity that has always existed in our community: 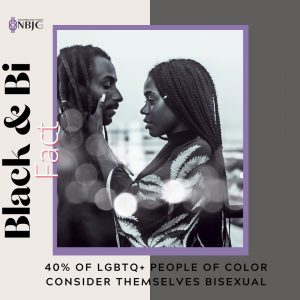 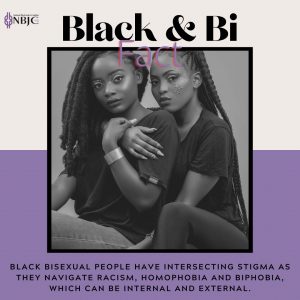 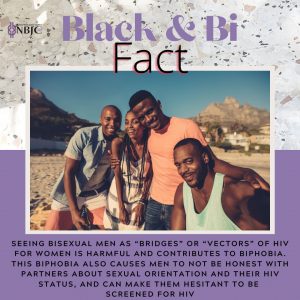