HIV Is Not A Crime 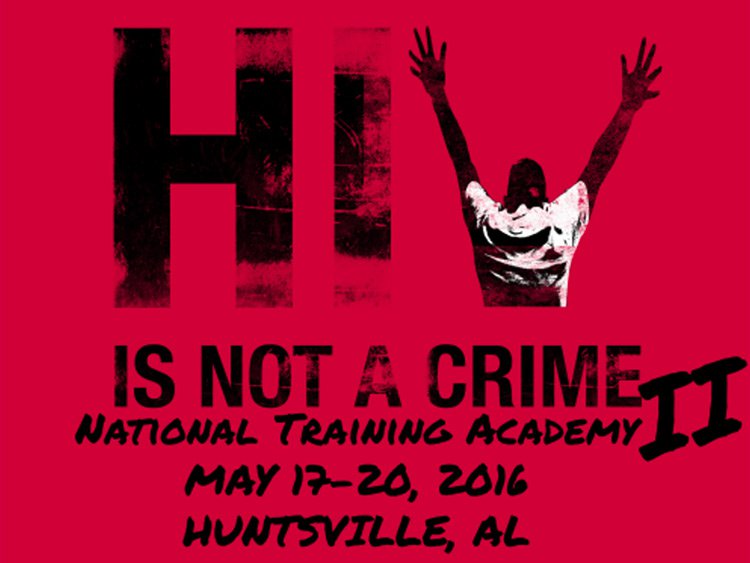 Over four intense days of sharing, healing and mobilizing at the University of Alabama in Huntsville, advocates from the across the nation came together to proclaim one thing — HIV Is Not A Crime! This national training academy, convened by the Sero project and Positive Women’s Network-USA, provided a space for people living with HIV (PLWH) and our allies to learn more about the real-life impact of HIV criminalization laws that continue to hinder the movement to end HIV/AIDS.

In our nation, 33 states and 2 territories have HIV-specific statutes that criminalize PLWH in various ways for not disclosing their status. 36 states report proceedings in which HIV-positive people have been arrested and/or prosecuted for consensual sex, biting, or even spitting. Majority of these arcane and discriminatory laws were passed in a time when hysteria and fear concerning HIV/AIDS was at an all-time high. These laws do not account for the current biomedical advances like antiretroviral treatments that enable many PLWH to keep their viral load (amount of HIV in their blood) suppressed, significantly reducing the chances we can transmit the virus to others. Many of these laws also force those convicted to register as a sex-offenders when they are released from jail after serving their sentences. Furthermore, these laws hinder people who may be at-risk from regularly testing for HIV in fear that a positive status could lead to jail time.

As someone living with HIV while simultaneously working to advance public policies that empower Black LGBT people at NBJC, I was beyond thrilled for the opportunity to attend and participate in this important gathering. In recent years, NBJC has deepened its HIV/AIDS advocacy because of the disproportionate impact it has on Black families — especially Black youth, gay and bisexual men, and transgender women. The criminalization of HIV has been particularly central to NBJC’s advocacy footprint through the case and infamous trial of Michael Johnson in Saint Charles, Missouri. In 2015, Michael, a Black, gay, HIV-positive former college wrestler, was sentenced to 60.5 years by a nearly all White jury (only one of the 12 jurors was not White) in prison at the age of 23. He was convicted of one count of “recklessly infecting” a partner with HIV, and three counts of “recklessly exposing” partners to HIV under Missouri’s state law. Michael, now currently serving a 30 year prison term, is a prime example of how HIV criminalization laws destroys lives, perpetuates stigma and are rooted in the marginalization of others who lack access to resources to combat a world hostile to PLWH. 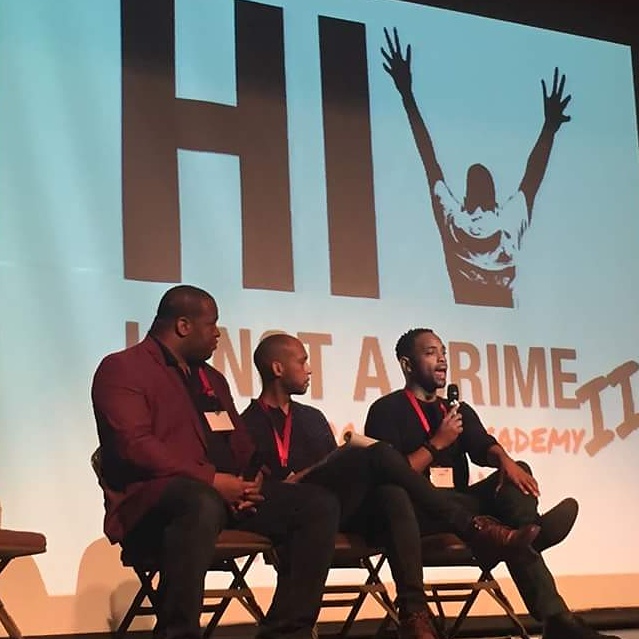 The intentional conversation that must take place on this issue is how these laws are intrinsically linked to the unjust systems rooted in anti-Blackness in our nation. Yes, these laws specifically criminalize PLWH, but they have broader implications as our nation’s justice system historically convicts and sentences Black people more harshly than other groups. Because of the way in which these laws are used to prosecute HIV positive people, Black families will continue to be disproportionately impacted by these criminal statutes as we represent the most impacted population by HIV.

As a Black community, we cannot afford to stand complicity by these laws from a lack of knowledge and ignorance on the matter. We need to be educating each other on how to protect ourselves through the use of HIV prevention measures, such as condom use or pre-exposure prophylaxis (PrEP). The burden of disclosing one’s status cannot be solely that of PLWH, but it must be everyone’s personal responsibility to be aware of their status and engage in honest conversations on what we all are doing to stop the spread of HIV in our communities.

I am tremendously grateful for the call to action by brothers like Akil Patterson of Athlete Ally and Charles Stephens of the Counter Narrative Project who have galvanized other Black gay men to speak out about the ill treatment and ultimate conviction of Michael Johnson. Michael’s story is all of our stories as people living with and impacted by HIV/AIDS. We all, both HIV positive and negative, could be Michael Johnson, and we have a responsibility to speak truth to power through our most important asset as Americans — our ability to vote.

As we move closer to one of the most pivotal elections in our nation’s history this November, it is imperative that we all do our part to hold accountable those politicians who seek our vote to take a stand against the criminalization of HIV. We must make sure the media is pressing candidates on the impact of these laws on marginalized populations. Our political leaders need to be on record with their plans to address the unjust system that is quick to punish, neglecting the opportunity for empowerment through a public health solution based in treating PLWH with dignity and respect in order to live our best lives.

HIV Is Not A Crime II National Training Academy was a worthwhile experience that truly placed into perspective why NBJC and other organizations dedicated to civil rights must make this issue a key pillar of advocacy. The social justice warriors that I met at the convening come from all walks of life, all sexual orientations and gender identities, and a variety of racial and ethnic populations. However, we are all connected by the vitriol and injustice too many PLWH face for just existing. I am a better advocate after attending, and more impassioned than ever to spread the message that PLWH are not predators, but we are the solution to ending the HIV/AIDS epidemic. Our lived experiences and skills must be utilized to lead this movement, working to see a day when there are no new infections and these unjust criminalization laws are no more. This is my duty and call to action after encountering such powerful models of hope for how we can collectively end the criminalization of HIV.

NBJC is committed to working with other advocates, organizations, and coalitions to advance public policies across our nation that modernize laws criminalizing HIV exposure, nondisclosure and transmission. NBJC continues to call for an end to HIV criminalization laws and will work to educate others, especially Black communities, on the importance of opposing such laws that further perpetuate HIV/AIDS stigma. You can get involved in the movement to end the criminalization of HIV by knowing the status of these laws in your state, asking your elected officials and those running for office their position/plans on the issue and by VOTING for candidates that would oppose and reform these discriminatory laws.