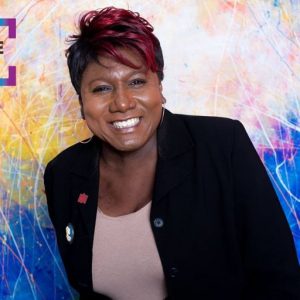 Born in Houston, Texas on May 4, 1962, Monica began her transition in the early 1990s while working as a flight attendant and writing an LGBT column in Louisville, Kentucky. Her writing expanded from a local column to an internationally awarded blog known as TransGriot focusing on representation of Black transgender women in the media and accountability in accurately covering their deaths. Her extensive and groundbreaking work for the transgender community cemented her status as an LGBTQ+/SGL icon. Roberts was also a founding member of the National Transgender Advocacy Coalition, recipient of the coveted Human Rights Campaign John Walzel Equality Award, the Susan J. Hyde Award for Longevity in the Movement, and the Virginia Price Pioneer Award.

“Monica Roberts was a force,” said David J. Johns, executive director of the National Black Justice Coalition. “Her work made the mainstream media reconsider how limited their coverage of trans issues had been at a time when trans folks were not at the front of any cultural or political conversations. Anyone who was blessed to share space with Monica knows how powerful her presence is.  I smile remembering how she was always clear in communicating her point and demonstrating extreme compassion for the people she loved.  I am thankful for the many ways that she helped inform the way that I move through the world as a Black male feminist who has the privilege of leading liberation work. I miss her.”

“Monica put herself out there and with extremely high risk so that trans kids today could grow up in a world that loves and accepts them for who they are. While that mission is still very much in progress and will be for a long time, Monica is one of the people that started the entire conversation. NBJC is dedicated to helping her name and work live on through our eponymous fellowship and our Stolen Lives initiative, respectively, because LGBTQ+ people everywhere should know, honor, and appreciate the sacrifices Monica made for our community,” concluded Johns.

“Although I never had the honor of sharing space with Monica, her existence has touched me in incredibly tangible ways. The response I get when speaking as the Monica Roberts Fellow at NBJC serves as a reminder of this fact. I’ve been so lucky to meet women who were Monica’s sisters and comrades in the fight she led for our liberation,” said Sage Dolan-Sandrino, artist, activist and Monica Roberts fellow at the National Black Justice Coalition. “It is through Monica’s existence as an openly and proud transgender woman in the 90’s that allowed little girls like me to even dream of one day stepping into our truths. Legacy is often so abstract and theoretical, but Monica’s legacy is strong, visible, and alive. I am Monica’s legacy, WE are her legacy. At NBJC, everyday, we work to improve the lived experiences of Black Trans and SGL people. Everyday we continue the work Monica began and gave her life to. Happy Birthday Monica! Thank you for your voice, your love, and your legacy.”

Monica Roberts passed away on October 5, 2020 due to complications from a pulmonary embolism. Her work and legacy changed the world and journalism for the better.