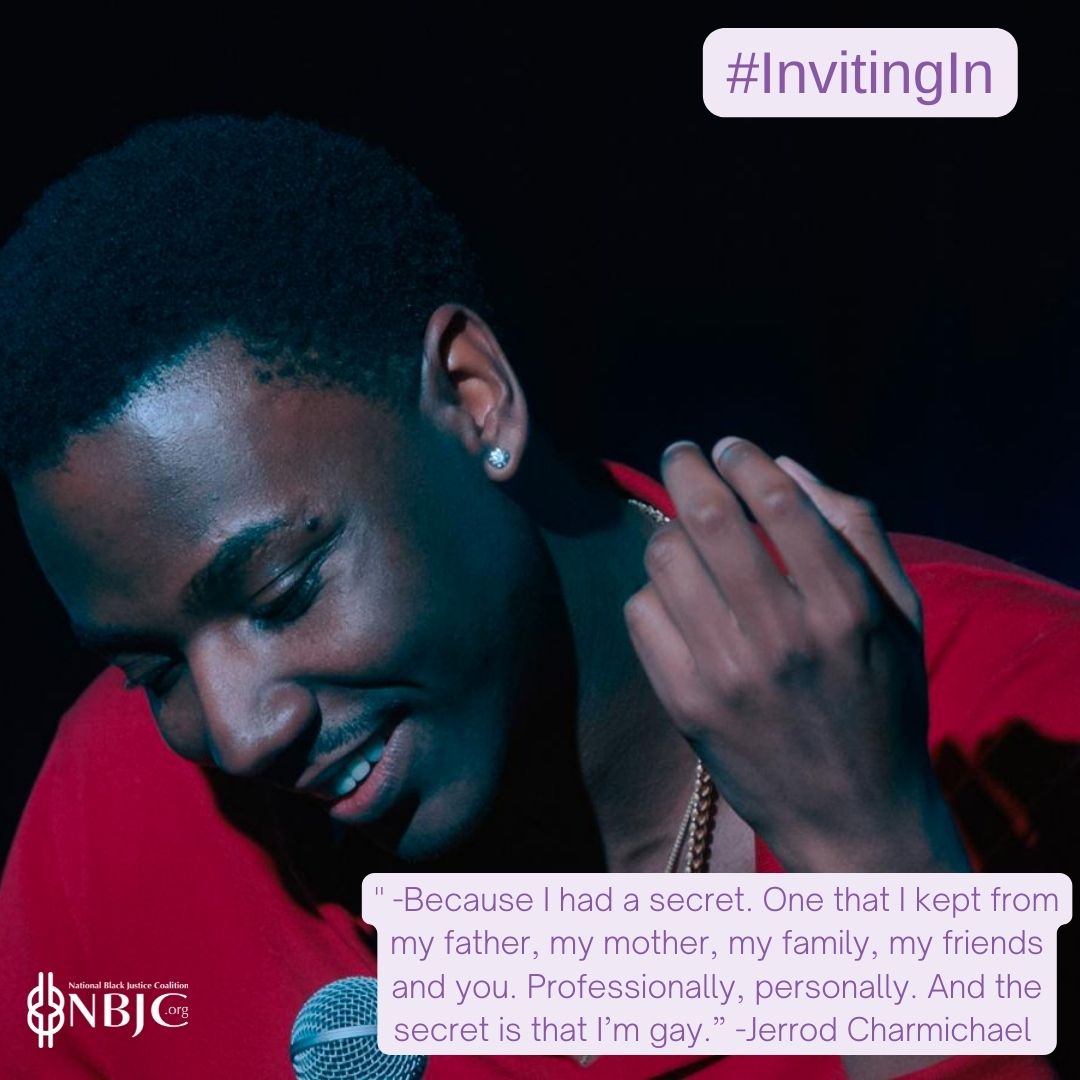 The National Black Justice Coalition (NBJC) celebrates comedian Jerrod Carmichael inviting people into his identity as a same-gender loving man in his new stand-up special “Rothaniel.”  In the special, he said “at many points in my life, I thought I’d rather die than confront the truth of that, like, actually say it to people. Because I know it changes some people’s perception of me.  I can’t control that.” He also spoke about his sexuality and relationships with both women and men in his 2019 HBO special “Home Videos.”

Carmichael is also known for creating and starring in the NBC sitcom “The Carmichael Show.” He hosted Saturday Night Live this past weekend, where he talked about his special and inviting people in. You can view his opening monologue HERE.

“Few among us will know the courage and strength required to publicly Invite In, to disclose critically important parts of who we are and how we show up in the world. Brother, Jerrod Carmichael, I celebrate you for shifting narratives and culture by standing in love,” said David Johns, Executive Director of the National Black Justice Coalition.

“Jerrod Carmichael is yet another person bringing much-needed visibility to our community, showing how diverse and talented we are and have always been. I look forward to seeing Jerrod continue to thrive in his career and in life more generally.”

NBJC’s “Inviting In” campaign disrupts traditional power dynamics that don’t center on the lived experiences of lesbian, gay, bisexual, transgender, queer+, and same-gender loving (LGBTQ+/SGL)  people. “Inviting In” reminds us that no one is entitled to information about the lived experiences of others. Instead of being expected to come out, our community members might invite in people who have proven themselves to be trustworthy, compassionate, and understanding by sharing parts of themselves that are important and personal.