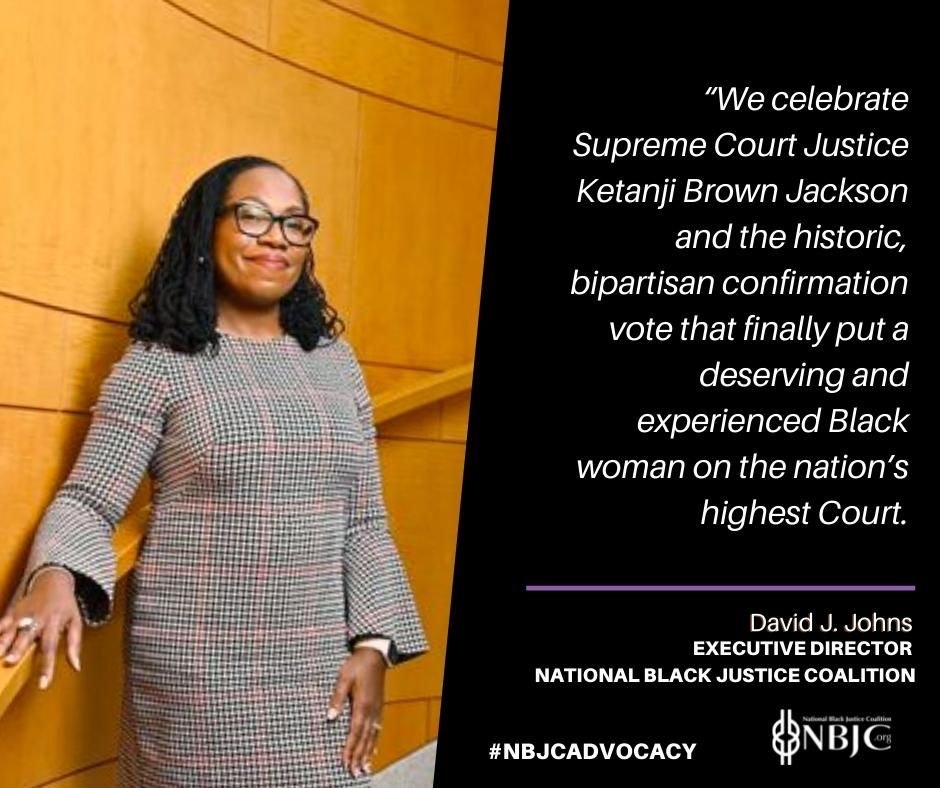 “With her appointment to the bench, Justice Jackson shatters the too-high glass ceiling Black women have long bumped up against in the judicial branch of government and elsewhere.

Justice Jackson has the educational, lived, and professional experiences that make her a critically important addition to the U.S. Supreme Court, especially during this moment in history. Justice Jackson understands how the law affects everyday people’s lives and the importance of a legal and constitutional commitment to justice and equity.  We urge those who believe in civility, equity, and strengthening our country to call and thank the members of the U.S. Senate who voted to confirm her, today.

“We celebrate Justice Ketanji Brown Jackson. Pauli Murray, our ancestors, and our children are beaming with pride as what was once seemingly impossible has become a reality.”