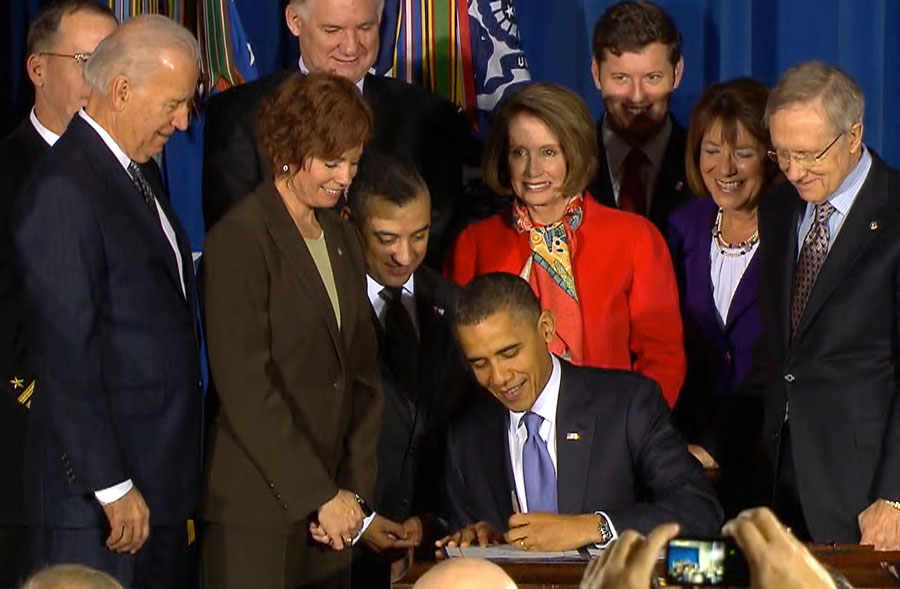 “Black LGBTQ+/SGL service members have served our country valiantly in every war since the founding of the United States of America. Sadly, our country has not always served us.  From segregated service, being lynched upon returning home in uniform, being discriminate against in the employment sector, not receiving equal pay for equal work, having to fight for benefits we literally fought on battlefields to earn, and being other than honorably discharged when it was discovered that we had a same sex partner or identified as transgender, we have served our country despite how poorly our country served us in return. The progress Black LGBTQ+/SGL service members have witnessed has not come easily and in the last few years we have been reminded how quickly it can be turned around.

“Both of my parents and my ancestors have served in every war and witnessed the great changes to expand opportunity and equality to all service members. When I turned 18, enrolling in Howard University’s ROTC program and following in my parent’s footsteps was not an option for me. I was too out and too proudly same-gender-loving to meet the requirement of “Don’t Ask Don’t Tell.” Although I mourn the 100,000 service members discharged because of their sexual orientation or gender identity and the countless others like me who were discouraged from serving due to the policy, I also celebrate that “Don’t Ask Don’t Tell” like service segregation and gender exclusions are policies of the past.”