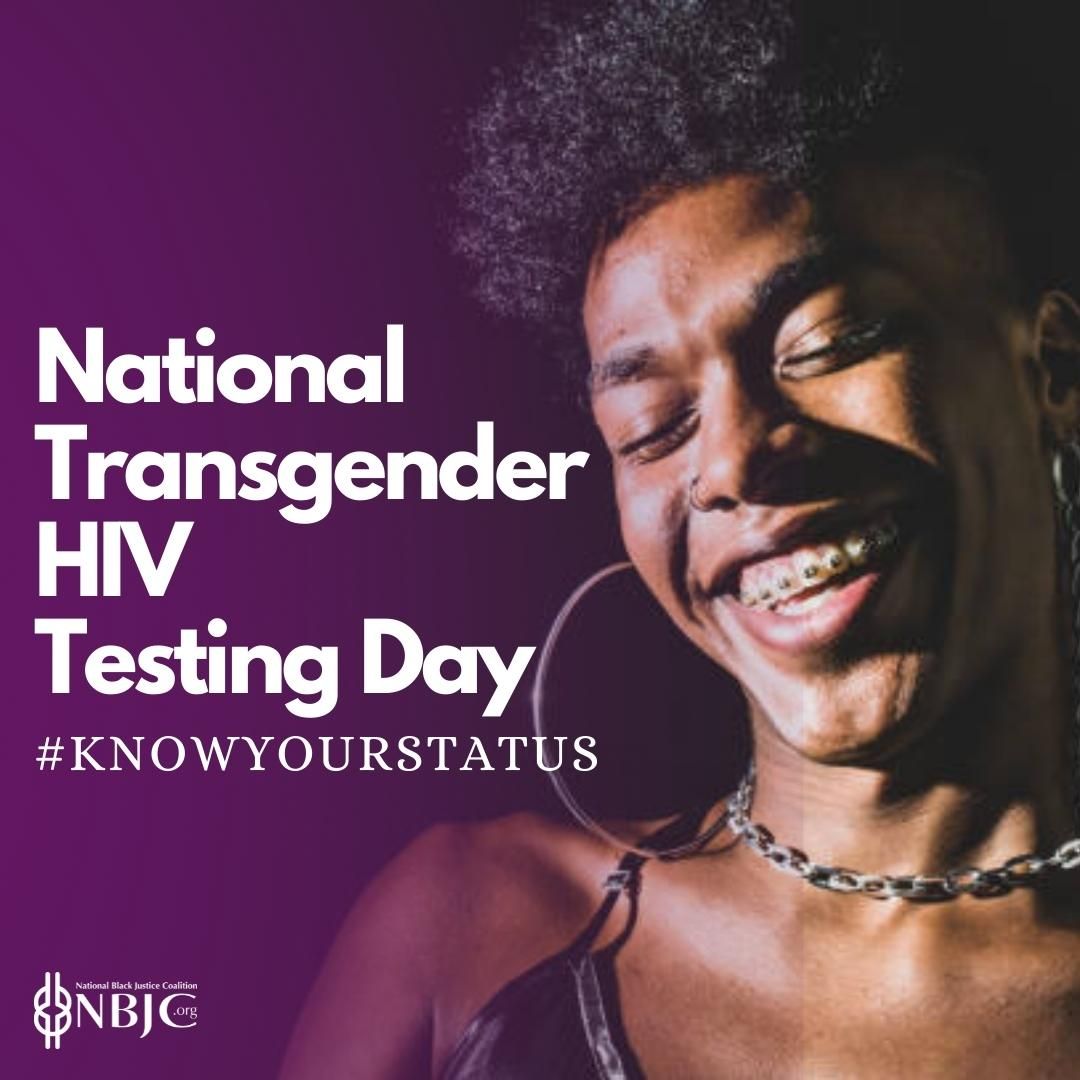 NBJC Highlights the disproportionate impact of HIV/AIDS on the transgender community, calls for better education, testing, and prevention programs nationwide

In commemoration of the day, David J. Johns, executive director of the National Black Justice Coalition, issued the following statement:

“While we’ve made noteworthy strides toward decreasing rates of HIV/AIDS since the epidemic was introduced in the late 1980s, transgender and non-binary/non-conforming people remain uniquely vulnerable to HIV/AIDS transmission, despite so many medical, scientific, and social advances. As with most things impacted by anti-Blackness and white supremacy, Black trans people are disproportionately impacted by the virus.

“It cannot be lost on us that the presence of HIV/AIDS lingers in our communities today due to the disproportionate impacts of transphobia, racism, and stigma. Testing is critical to understanding the scope of the issue and ensuring that all people get the treatment they need to survive and thrive. Expanded self-testing options are critical for transgender and nonbinary people who often face discrimination even from their medical providers, and today is an important day to lift up that HIV testing that allows people to find out their results in their own home or in other private locations is critical to combatting the virus

“The reality is that transgender and non-binary/non-conforming people are more disproprotionately impacted by HIV/AIDS than nearly any other community in the United States – and often times transphobia and stigma results in a lack of adequate testing and care. To tackle this issue, we need better access to testing, high-quality health care, housing, and HIV/AIDS prevention education.

“We have the power and resources to end the HIV/AIDS epidemic and to ensure that transgender people living with the virus thrive.  We will not stop showing up, acting and speaking out for our siblings in the transgender and nonbinary communities, who continue to live in constant fear of this virus, until there is a cure.”

The National Black Justice Coalition has released a one page resource with helpful information regarding the Black transgender community and HIV/AIDS testing for NTHTD.