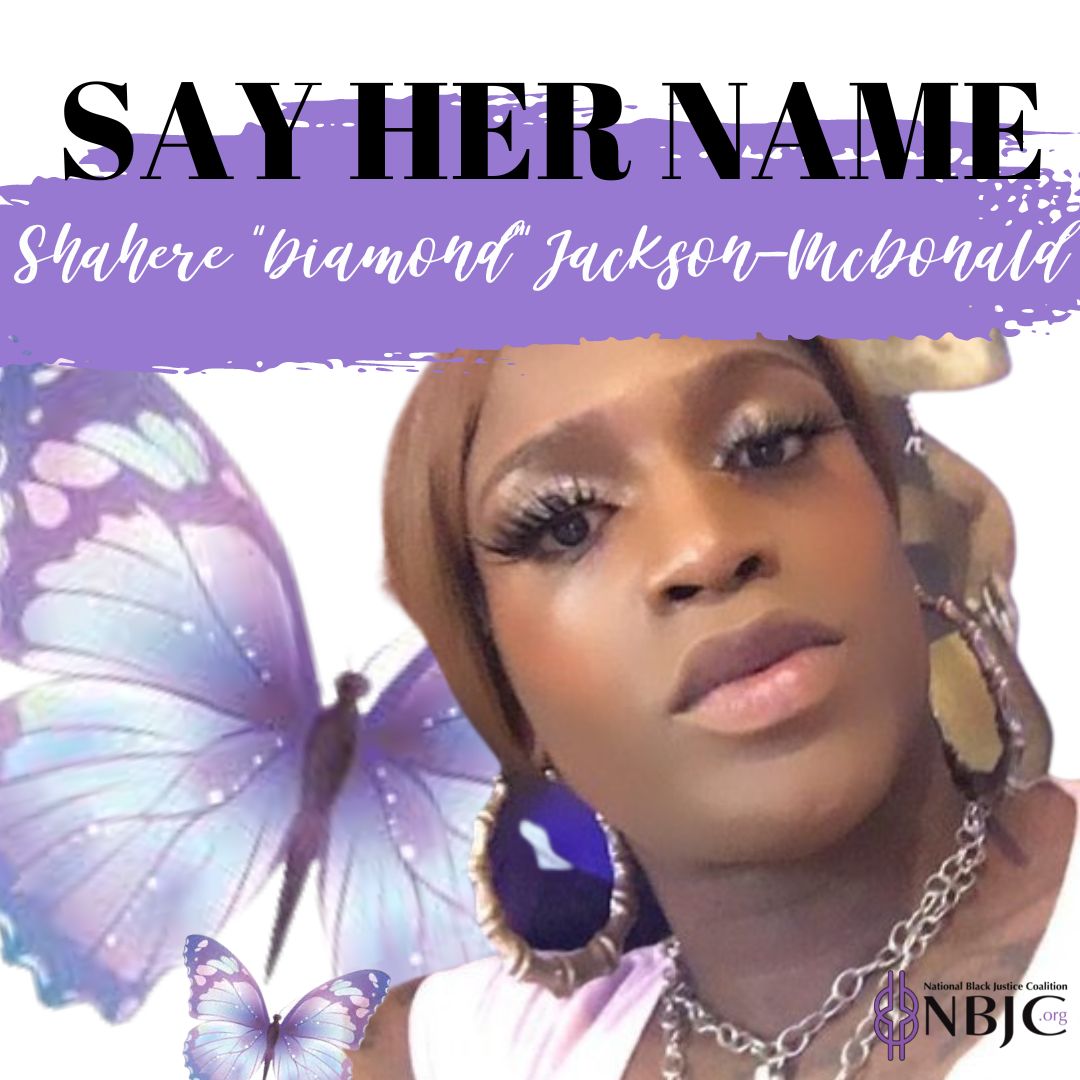 PHILADELPHIA, PA- The National Black Justice Coalition (NBJC) mourns the loss of Shahere “Diamond” Jackson-McDonald, a 27-year-old Black transgender woman in Philadelphia, Pennsylvania. On Thanksgiving, November 24, 2022, Jackson-McDonald was found shot to death in her Germantown apartment. The Philadelphia District Attorney’s Office said that Diamond is at least the eighth trans woman of color murdered in Philadelphia since 2002.

Diamond’s mother said that Diamond was her rock, her shoulder, and her child, whom she loved with every inch of her. She said Diamond was all about her friends and family, and she would not rest until all those who loved Diamond got justice for her.

“Devastated to see yet another transgender sibling murdered in Pennsylvania,” said Deputy Executive Director Victoria Kirby York. “The death of Diamond took place only days after Trans Day of Resilience, a day when we remembered those we have lost to violence in the past year.

“I appreciate the work of District Attorney Larry Krasner, who has been responsive in the aftermath of not only Diamond’s murder but the murder of other trans people in Philadelphia. I agree with his calls to action to prevent violence against our community, including statewide hate crime protections, paying particular attention to cases involving marginalized communities, and gun reforms. I encourage all states to take these actions to show the trans community they want to protect them.

Diamond is the fourth transgender person to be killed in Pennsylvania this year.

The Philadelphia police are currently investigating the death of Shahere “Diamond” Jackson-McDonald. They are urging anyone with information about her death to call the police at 215-686-8477.

The NBJC Stolen Lives list of trans and non-binary individuals lost to violence, and hate can be found here.