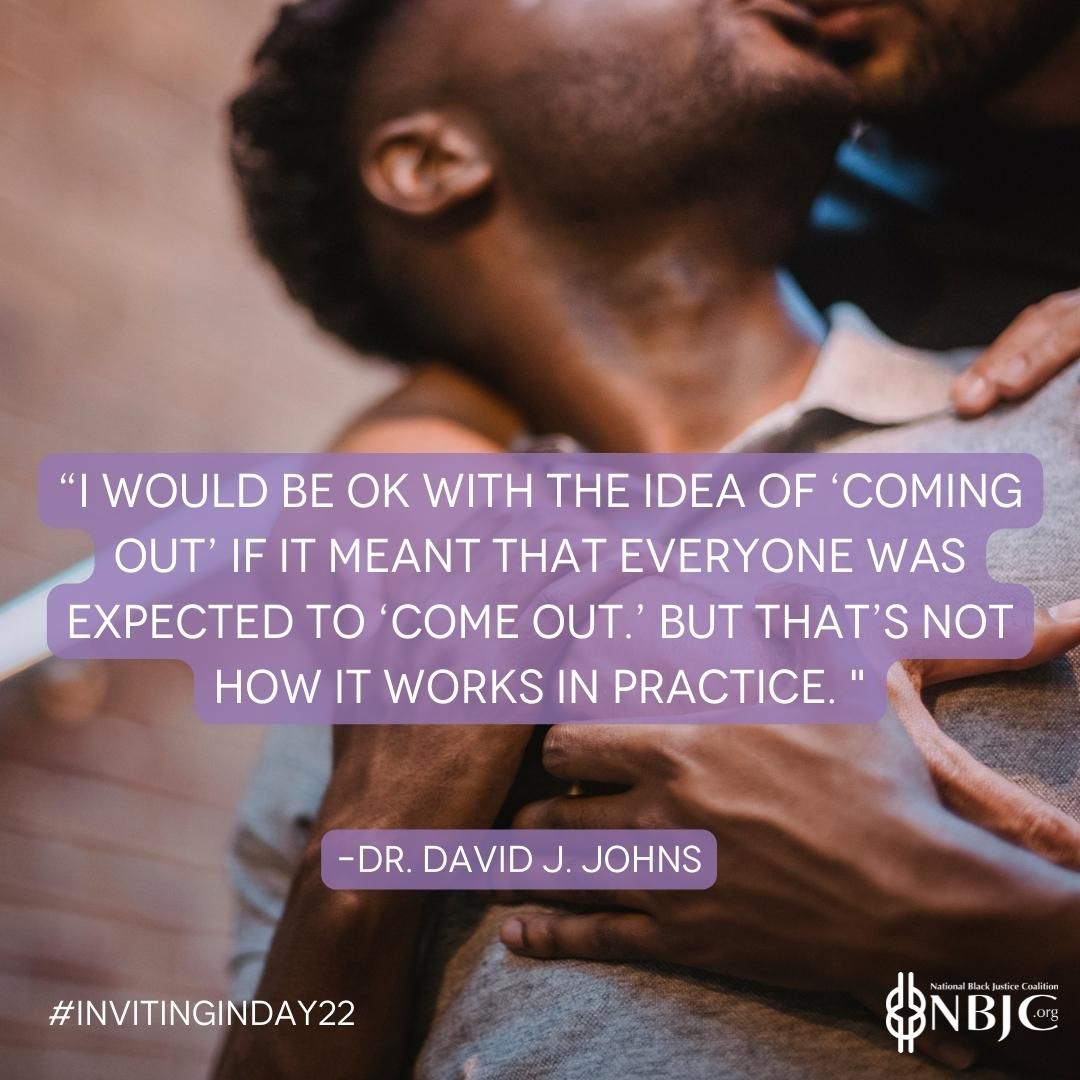 WASHINGTON, DC –– Today, August 2nd, is Inviting In Day. Taking place on James Baldwin’s 98th birthday, this day is a time to learn about the concept of Inviting In.

Inviting In challenges the concept of coming out, disrupting traditional power dynamics that don’t center the lived experiences of LGBTQ+/SGL people and reminds us that no one is entitled to information about the lived experiences of others. “Coming out” is an essential experience, but it can also be problematic, especially for those living in communities where policies and practices make it unsafe.

Instead of being expected to come out, LGBTQ+/SGL people might “invite in” people who have proven themselves trustworthy, compassionate, and understanding by sharing essential parts of themselves.

“I would be OK with the idea of ‘coming out’ if it meant that everyone was expected to ‘come out.’ But that’s not how it works in practice. I’ve never seen a heterosexual person have to tell their ‘coming out story. That’s why we’re emphasizing ‘inviting in,’ explained Dr. David J. Johns, executive director of the National Black Justice Coalition.

Check out NBJC’s Inviting In Toolkit to learn more about Inviting In.

Last year, the National Black Justice Coalition collaborated with The Root on a mini-documentary challenging notions of LGBTQ+/SGL (same gender loving) people and “coming out” by proposing a new concept: Inviting In. The program was released to commemorate the life and work of late writer and queer icon James Baldwin on what would have been his 97th birthday,

“As we honor the late James Baldwin on what would have been his 98th birthday, we hope this docuseries continues to disrupt the imbalance of power held by those who demand that others ‘come out when they are not ready and educate queer, straight, cis, and non-binary folks alike. We hope this tool will be used by anyone desiring to be free,” Dr. Johns continued.

Last year, NBJC partnered with the Root to create a mini-documentary, which discusses the history of “coming out,” its implications in the modern day, and how notions of Inviting In can help queer people reclaim the sharing of our identities.