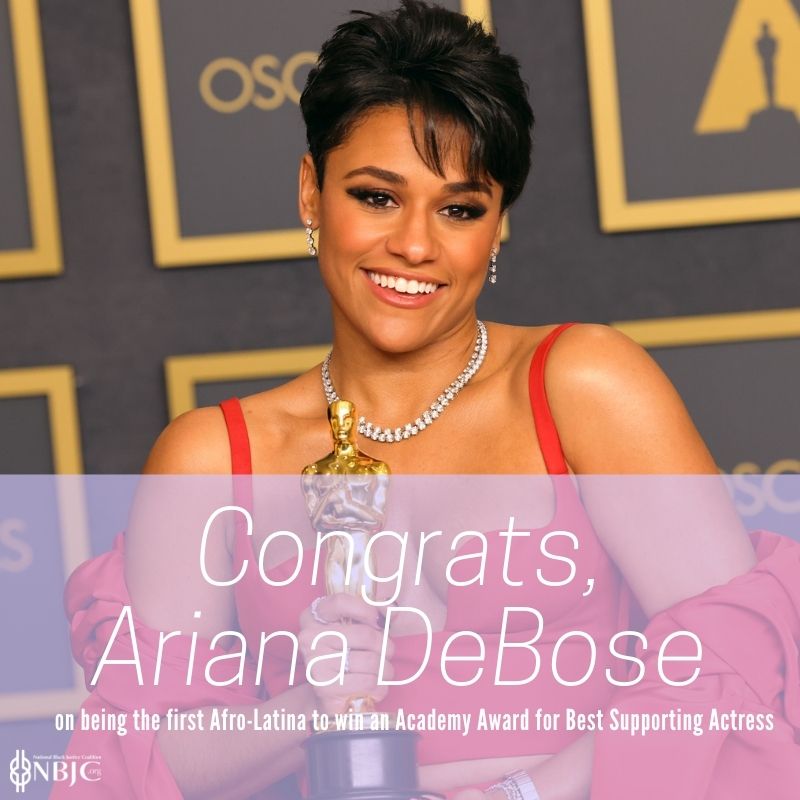 LOS ANGELES – Last night, Ariana DeBose won the Oscar for Best Supporting Actress for her role in West Side Story. DeBose is the first openly queer woman of color and the first Afro-Latina to win in the category.

“We celebrate Ariana DeBose’s historic Oscar win last night for her role as best supporting actress in ‘West Side Story.’ DeBose is the first openly queer woman of color and the first Afro-Latina to win or be nominated in this category.

“There’s still much more work to do in our community to ensure that we all can show up, feel safe, and fully formed just as we are—and DeBose is helping break down those barriers. I felt particularly moved by her words of encouragement for those of us who live in grey areas. Demi men and women, people living with invisible or dynamic disabilities, bisexual or pansexual people, non-binary transgender people, men and women with gender non-conforming  presentations, people with parents of different ethnicities, intersex people, and so many more identities created because binary options were never enough to contain how God created us.”

“We celebrate DeBose’s accomplishments and her shattering of a glass ceiling that we hope many more in our community will follow.”