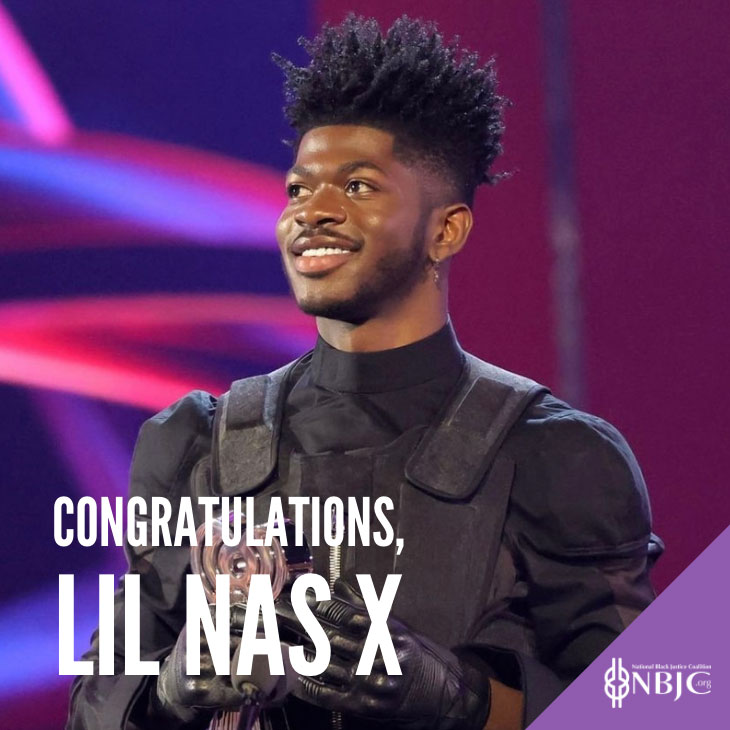 The National Black Justice Coalition (NBJC) celebrates Lil Nas X winning Male Artist of the Year at the iHeartRadio Music Awards. In 2021, Lil Nas X released his debut album, Montero, to critical acclaim by critics and fans. During his acceptance speech, he referred to inviting people in during his career, going on to say “to think that I could do a song about a man lusting after another man in a world where it’s still legal in many places to be prosecuted and actually killed for being who you are, for being gay, it’s delusional to think that that song could be the number one song in the world.”

Lil Nas X is nominated for five awards at the upcoming 2022 Grammy Awards, including best album.

“I am thrilled to continue to see Lil Nas X receive deserved recognition for his album Montero,” said David Johns, Executive Director of the National Black Justice Coalition. “It is inspirational to see a young Black same-gender loving man be praised for his art that is both unapologetically Black and Queer. Lil Nas X is bringing much-needed visibility to our community and is an example to our babies accomplishing their dreams while sharing important parts of who they are with the world. I look forward to what Lil Nas X will do next and how he will continue to push boundaries, socially and musically.”