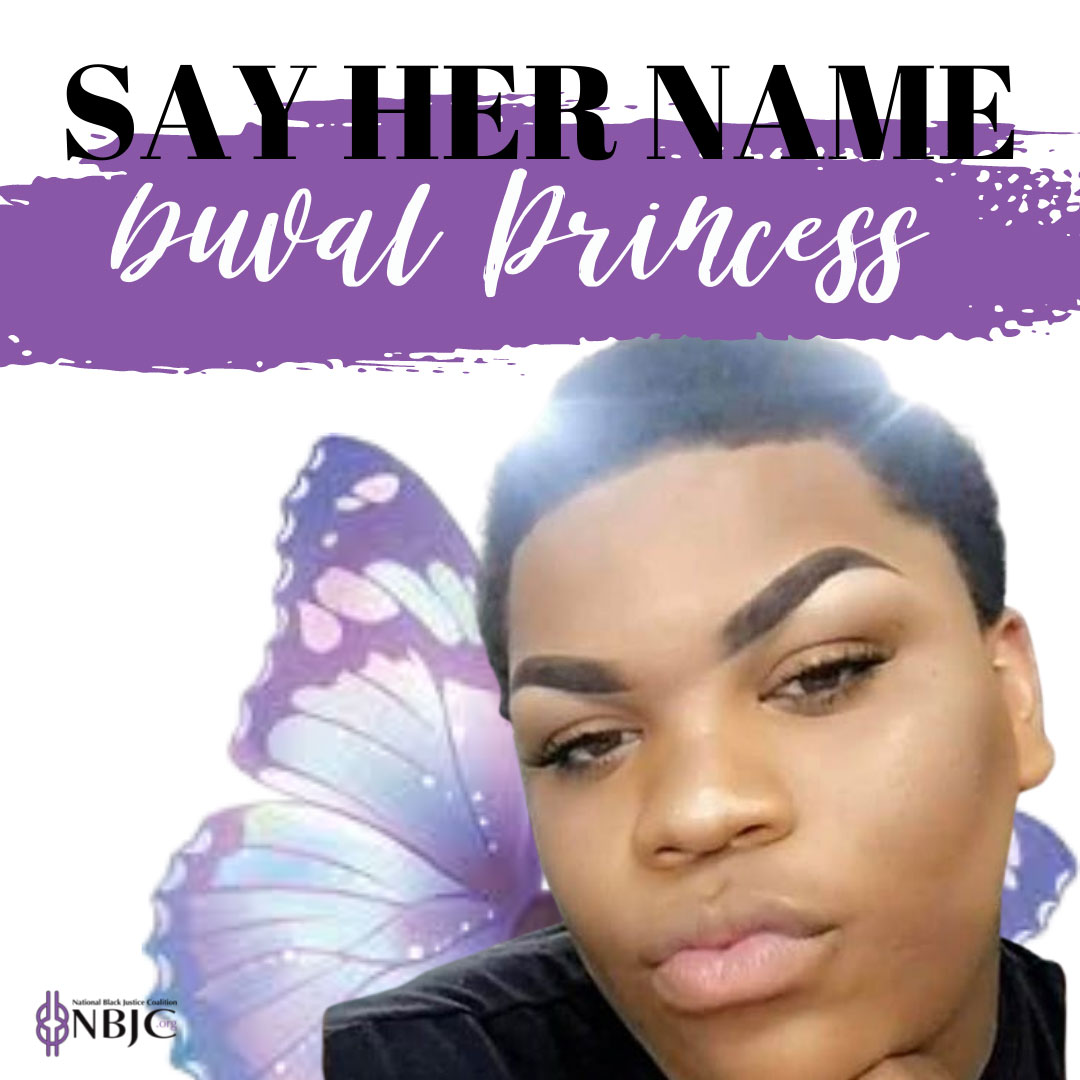 The National Black Justice Coalition mourns the loss of Duval Princess, a 24-year-old Black transgender woman. Princess was found shot in a car at Highland Square shopping center in Jacksonville, Florida, on January 3, 2022. Family members believe Princess went to the shopping center to meet with someone she knew.

Friends said that Princess identified as transgender and was in the early stages of transitioning.  Family members have referred to Princess as a gay man who was heavily involved in the LGBTQ+ community. Princess was a hairstylist who specialized in wigs and weaves. Loved ones have described her as “a little firefly” who was “so sweet and genuine” with an “outgoing personality.”

“It is heartbreaking that in the first few days of 2022, we lost two trans sisters,” said Victoria Kirby York, Deputy Executive Director. “This comes after last year, which was the deadliest year on record for the transgender, nonbinary, and gender-nonconforming community. We cannot keep going down the path we are currently on. We cannot let this year set another record for being the deadliest. Law enforcement must properly and thoroughly investigate these cases and hold those responsible accountable. Elected officials need to introduce and pass legislation that protects and promotes equality for the trans community and block anti-trans legislation that causes further harm. Let 2022 be the year we end this epidemic.”

In 2021, NBJC tracked the deaths of 52 trans, nonbinary, or gender-nonconforming people.

Anyone with information on the death of Duval Princess has been asked to call Crime Stoppers at 1-866-845-TIPS.