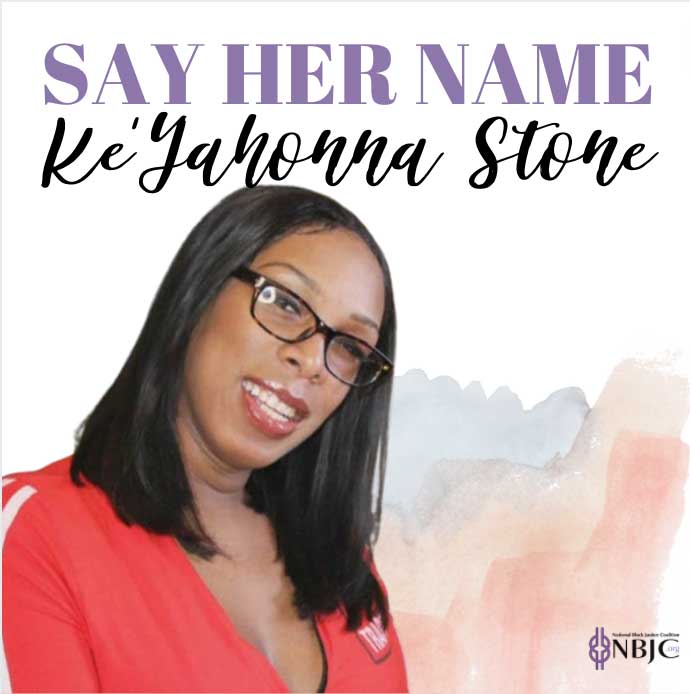 The National Black Justice Coalition (NBJC) mourns the death of Ke’Yahonna Stone, a 32-year-old Black transgender woman from Indianapolis, Indiana. Stone was shot early on December 26, 2021, while trying to break up a fight in the parking lot of a nightclub and died on December 28th after being taken off life support. Stone was “wholeheartedly invested in helping other trans folks like herself.” She assisted the trans community in Indianapolis by offering her home as a safe place and had accepted a job offer at Trans Solutions Research & Resource Center just a week before her death.

“I am devastated to hear about the loss of another sister in a year where we already saw so much violence,” said Victoria Kirby York, Deputy Executive Director. “We must do more this year to stop this epidemic once and for all. For too long, the trans community has suffered as those in power turn a blind eye to the pain they experience, and even seek to inflict more pain through blatantly anti-trans legislation. We have the chance to make this year better, to push and pass legislation that protects the community, to vote for candidates who care and offer solutions to this issue, and to work with the community to ensure their needs are being met. Let 2022 be the year we end the violence.”

Ke’Yahonna Stone was the 51st transgender, non-binary, or gender-nonconforming person to be killed in 2021. Last year was the deadliest year on record for the community, and most of the lives stolen were Black trans women.

The police ask that anyone with information about this shooting contact Detective Michael Wright at the Indianapolis Metropolitan Police Department at 317-327-3475 or email him at Michael.Wright@Indy.Gov.